A morning walk through Benalla Botanic Gardens with my new 50mm f1.2 lens 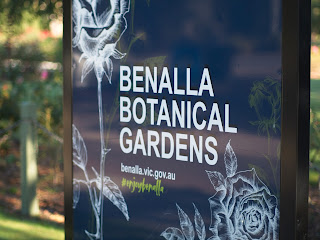 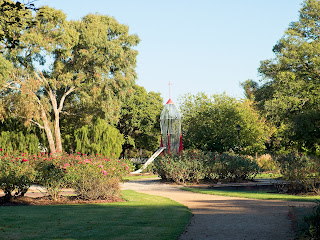 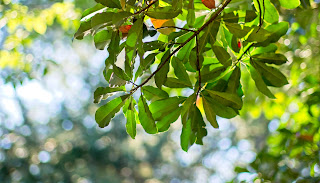 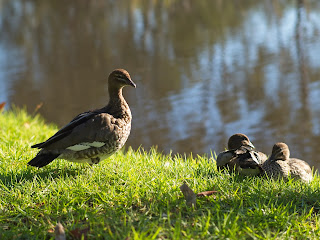 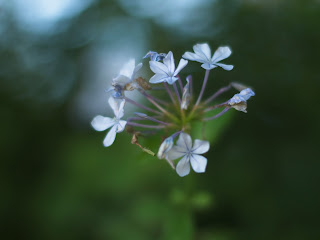 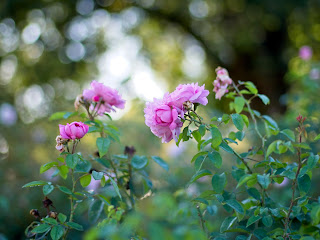 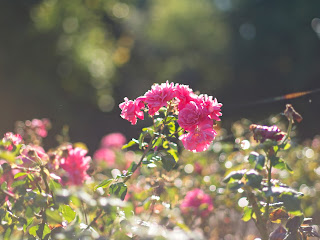 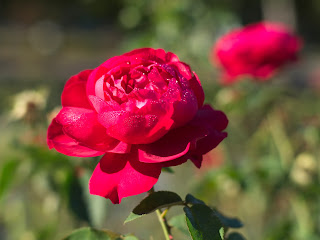 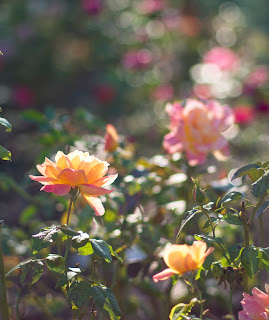 We like to blame something which is out of our control.

Because then - there is no personal responsibility to actually change our ways.

Ever since the beginning - man has tried to blame his problems on others.

By blaming something external it "hides" the guilt, and attempts to hide the truth that we are the ones to blame for the predicament we're in.

In the context of the medical system - we deny our own responsibility for our own health and say "this happened totally at random, nothing you did could have prevented it or changed the outcome", or "this is a virus out of your control"

And this blame of the external means we can't do anything to fix it ourselves - so we inevitably enter a symbiotic relationship with the medical system:

And everyone is happy with this arrangement, each receives what they want, but if we haven't found the root cause - we are often still sick.

Man would sooner die than change his habits.

The Magpies still sing
The plants still grow
The sun still rises
And the bees still dance
Why should I mourn?
Why should I weep?
Why despair?
When my heart is free 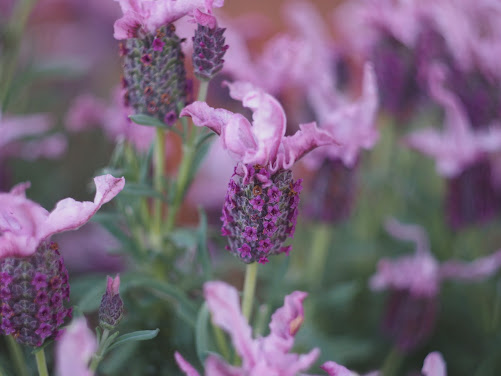 This week I upgraded my kettle to a beautiful yellow stainless steel one from Aldi. 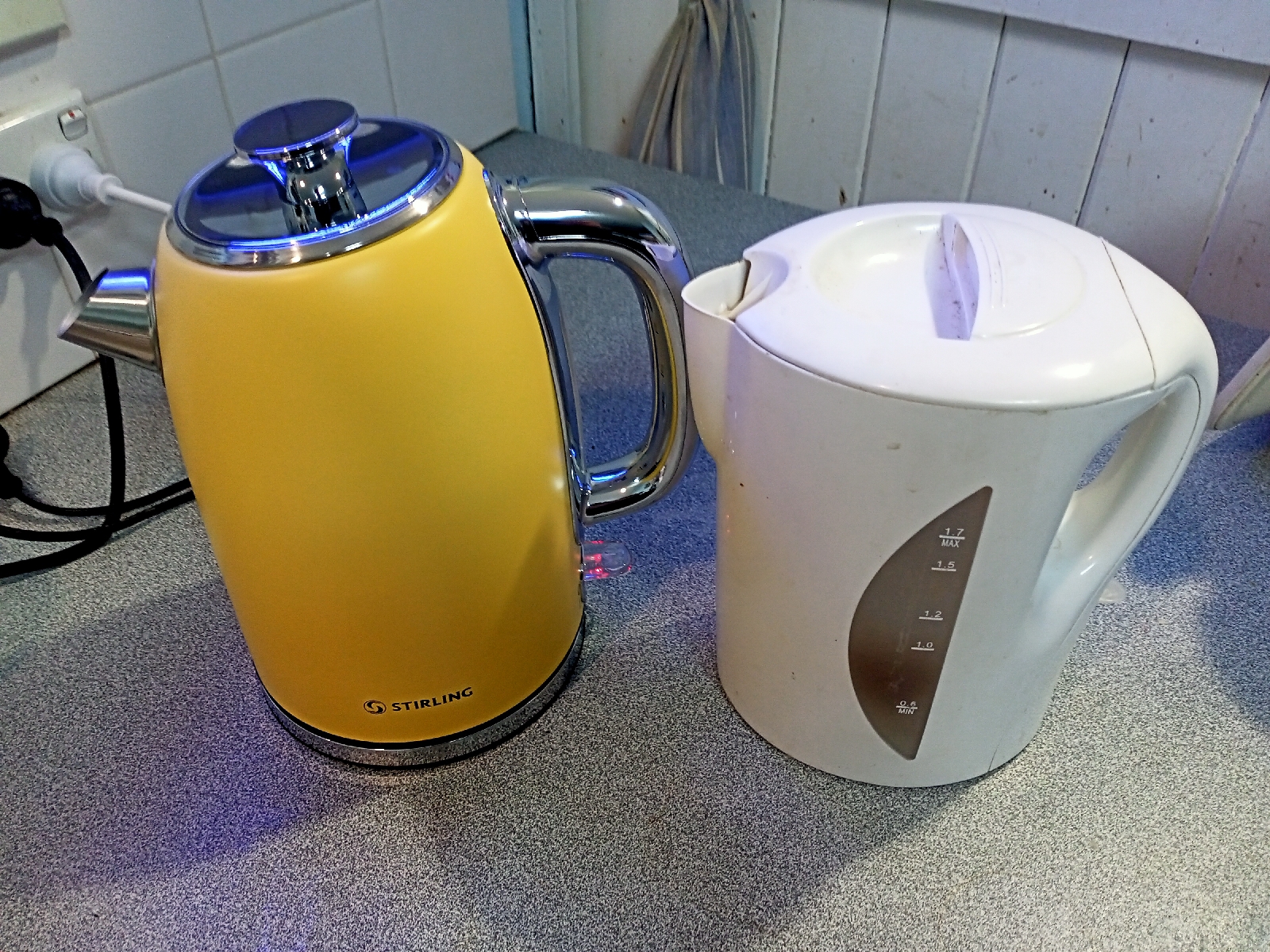 Pros which are reason I bought the new one:
Doesn't spill water on the bench every time you tip it!
- Protection against running with no water inside (maybe this works the same amazing way that a ride cooker works!?
- Beautiful colour 💛
Extra bonus!
- Stainless steel so reduces micro plastics ingested!  This wasn't the reason to buy it but now I've learned that I'm very glad to have changed !!!
I found a study where they managed to photograph all the micro plastics with a microscope and a high speed camera!
Between 6,607 and 29,194 particles of plastic in every millilitre of water on the third time boiling a plastic kettle!!! 😮
That's between 6.6 and 30 million particles in just one litre of water 😧
So many things around us which could be harmful or may be having effects we won't fully realise for years to come, but no use stressing about it, just keep making one positive change after another, on the journey to better health 🙂
Study Showing Micro Plastic Released in Kettles
No comments:

For the past 16 months all the health advice has centred around 5 things:
Social distancing, sanitiser, masks, staying inside and vaccines.
But health is more than just avoiding a disease, and in fact many of these things may be harmful to your health in other ways. If we strengthen our overall health then whatever comes along we will be able to deal with !

Here's 6 positive things to be doing to look after your health.

Here's some photos from the Otways over the weekend.

This was my first time visiting the Redwoods, a little forest of Californian Redwood trees which was planted in the 1930s.  These trees are currently over 60m high and have the potential to live 1000 years and reach over 100m.  The world's tallest living tree is one of this type at 115m in California !

"The initial growth of the Redwoods at the Aire Valley was slow and disappointing, with the notable exception of the trees planted on the River Unit in 1936. After two years of growth, the trees were about 0.75 metres in height. In 1950, after nearly 14 years of growth, the local forester reported that the trees were only just beginning to appear above the canopy of scrub. While two years later in 1952 the maximum tree height was 10.5 metres with a diameter of about 25 to 30 cm."

A few amazing things to think about:

1. The ones who planted these trees may have been discouraged seeing the slow growth, but from little things big things grow... We may not see the results of what we do but it can have an impact that lasts generations, don't be worried if you don't see the results of your efforts, someone else may enjoy it years after you're gone. 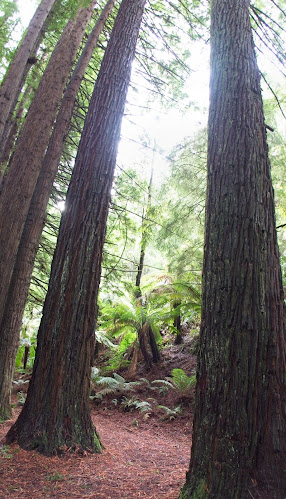 Next we went to triplet falls.    There was a steep slope down to the river, these tree roots were accomplishing two things.  1. They held the soil in place, protecting it from washing away, 2. They served as a ladder to easily climb the way down to the river (and back up again) 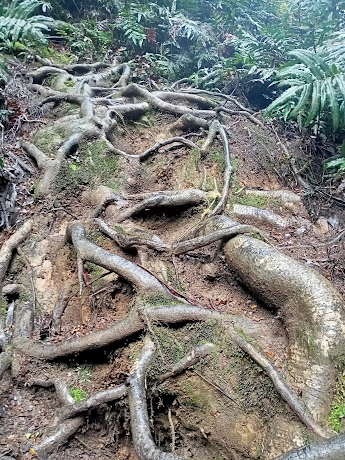 A jump across some rocks and some wet feet later yielded this view: 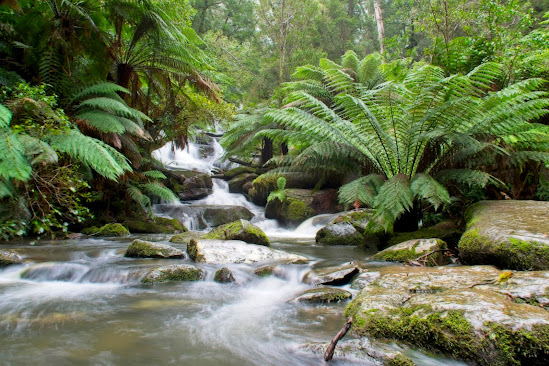 Some cool mushrooms, note the little baby mushrooms growing alongside them too! 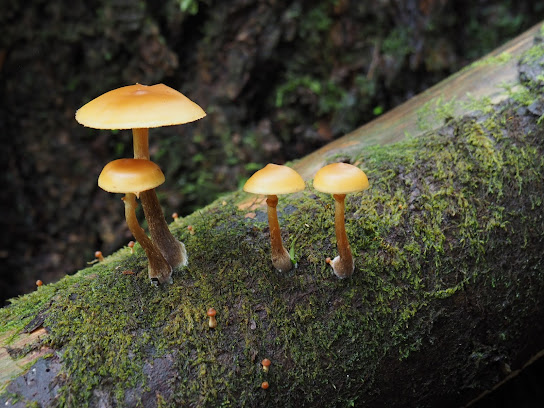 At night we saw the glow worms... The heavens declare the glory of God, the skies proclaim his handiwork... And these glow worms really looked like stars glowing on earth, they proclaim the same!   Something so humble and unassuming can make such a beautiful light.  Next time I'll have to try and catch some long exposure photos of them glowing.    Beauty comes from the collective, each one little worm humbly shining their light makes something so beautiful.  Here's a photo of one of the glow worms on my finger, they have transparent skin which lets the light from within be visible. 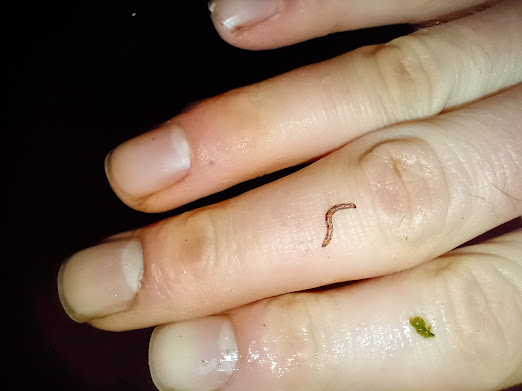 Last year I remember I had some fungus issues on my silverbeet.
Today for the first time ever I found a couple of yellow and black lady bugs in my garden, hanging out on the red silverbeet!!!
Any problem you have, just wait patiently, and the one who has created and upholds all things may provide a solution for you !
Regular red lady bugs can eat 50 aphids a day.
A few years ago I had a lot of aphids.  Lately whenever I've noticed a few aphids I soon find a lady bug ready to clean it up for me. No need to spray anything.
Turns out that the yellow lady bug performs a different role - it eats mildew/ fungus.... Keeping my plants nice and clean from that!
God is still at work in his creation, Jesus upholding everything by the word of his power.
God made all these things and he called them 'good'.   The curse of sin is with us, yes - bringing hard work and thorns - but God's goodness and amazing design has not been removed from his creation.
No comments: